PRODUCTION: 2016 – Directed by Myriam Raja (BAFTA nominee), co-produced by Creative England as part of their I-Shorts Program and Resource Productions.

SYNOPSIS: Set in England against the backdrop of a mass refugee crisis. Amongst the chaos and uncertainty of what lies ahead, is one young man who must question his own humanity when his need to survive takes precedence. How far is he willing to go?

SYNOPSIS: A middle-aged man with OCD and autism must fight to protect his precious paper collection from his mother who never accepted his condition and the curious neighbour boy always searching for material to make paper airplanes.

SYNOPSIS: On his last night, a man reflects upon the meaning of his existence and what has led him to choose suicide.

SELECTION: Developed through A Clear View Program by ARRI Berlin (2014).

SYNOPSIS: One rainy night, at a deserted airport, a tired businessman is desperate for a cup of coffee. Upon losing the previous drink, a wild chase around the airport begins to get it back before it turns cold.

SYNOPSIS: A young receptionist working in a small hotel in Istanbul daydreams of travelling to Paris when a mysterious magician enters and makes her dreams come true.

SYNOPSIS: Bullied by her fellow classmates,a young girl finds refuge inside her school library – little does she know that a magical library managed by sheep librarians hide amongst the shelves and that she will soon begin an adventure inside a magical parallel world.

SYNOPSIS: Upon getting her first period, a young teenager is introduced to the duties of a woman by her mother. 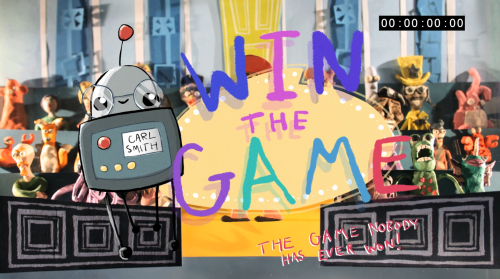 SYNOPSIS: One game show candidate, three levels, from fighting a Yeti in snowy mountains to dangerous astronaut rabbits in space, who will win the game?

SYNOPSIS: England, Pakistan, the Netherlands – same time. Three women in three different countries go about their daily lives as we witness their interactions with water.

This website uses cookies to improve your experience while you navigate through the website. Out of these cookies, the cookies that are categorized as necessary are stored on your browser as they are essential for the working of basic functionalities of the website. We also use third-party cookies that help us analyze and understand how you use this website. These cookies will be stored in your browser only with your consent. You also have the option to opt-out of these cookies. But opting out of some of these cookies may have an effect on your browsing experience.
Necessary Always Enabled
Necessary cookies are absolutely essential for the website to function properly. This category only includes cookies that ensures basic functionalities and security features of the website. These cookies do not store any personal information.
Non-necessary
Any cookies that may not be particularly necessary for the website to function and is used specifically to collect user personal data via analytics, ads, other embedded contents are termed as non-necessary cookies. It is mandatory to procure user consent prior to running these cookies on your website.
SAVE & ACCEPT
Skip to content